This week, Patti has chosen Filling the Frame as the subject for the Lens Artists Photo Challenge and my first choice for this particular challenge was Mount Rushmore. I say ‘first choice’ as I work mostly with zoom lenses and most of my photo shoots include close-ups so don’t be surprised if you see another entry from me later in the week.  Thanks, Patti! 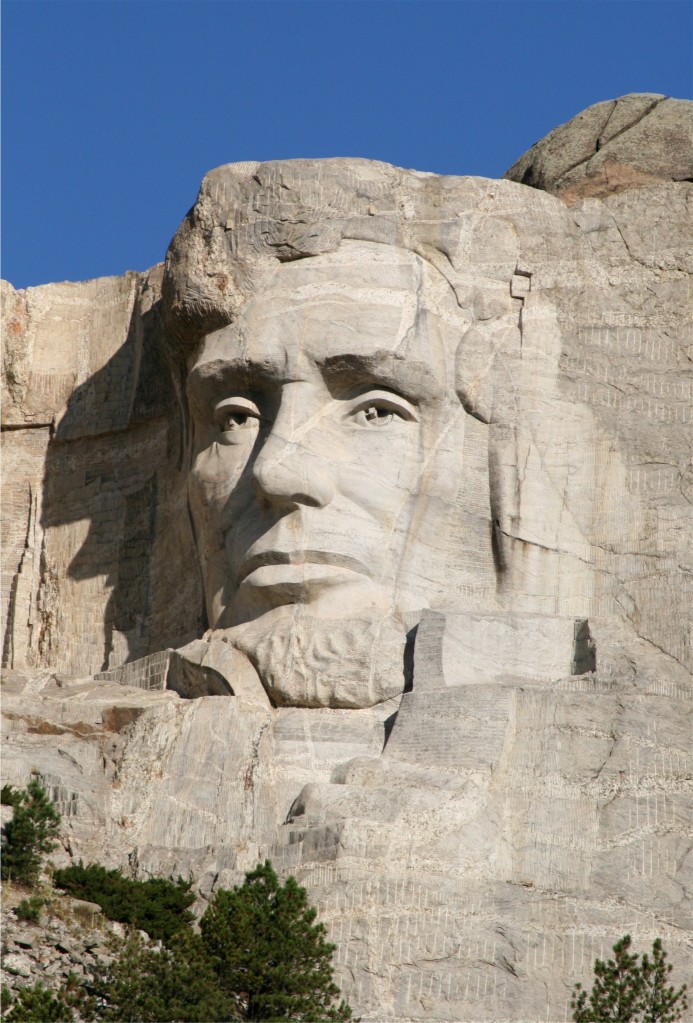 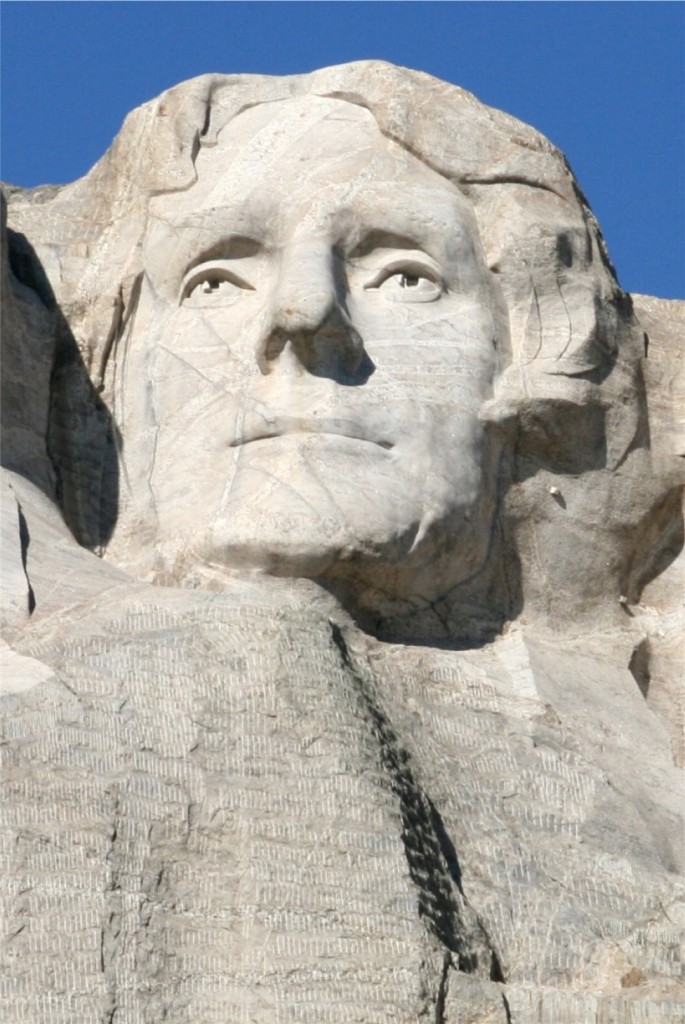 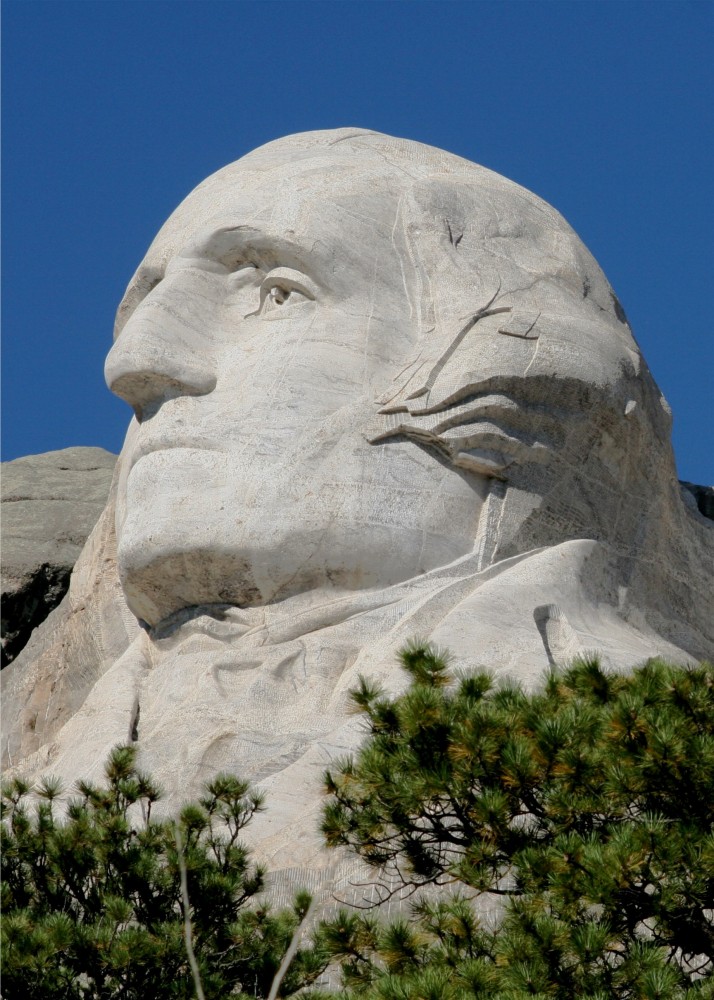 Having spent countless hours with the grandchildren, over the years, trying to make anything remotely recognizable out of Lego, I can appreciate how much work went into creating the more than 40 life-size creatures that featured in Brookfield Zoo’s Brick Safari this summer.

Do these creations qualify as sculptures? I’m not sure, but they are certainly works of art.

The resulting photos have the rather weird effect of looking over-pixelated ( if that’s the correct term.)

One of my favorites was Lance the Leopard who required 42,500 bricks and 340 hours to complete. 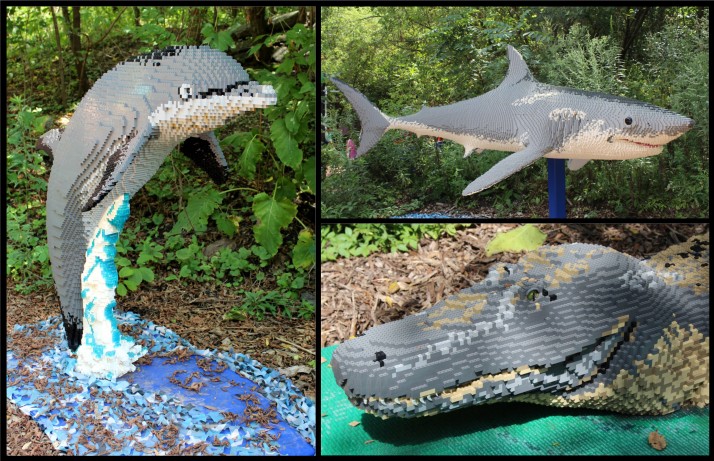 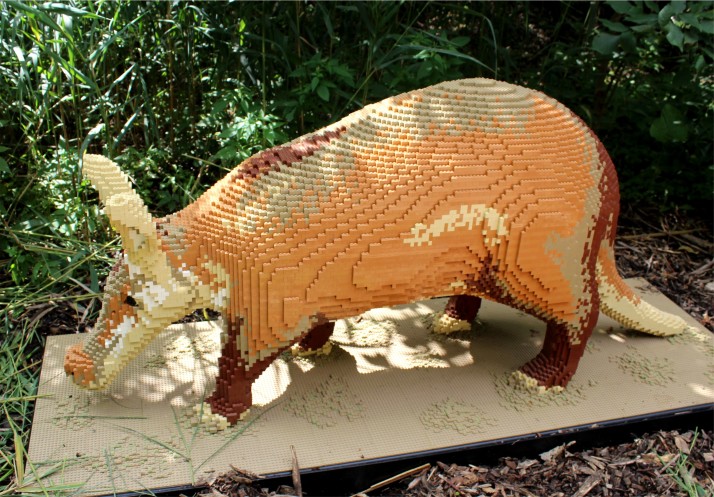 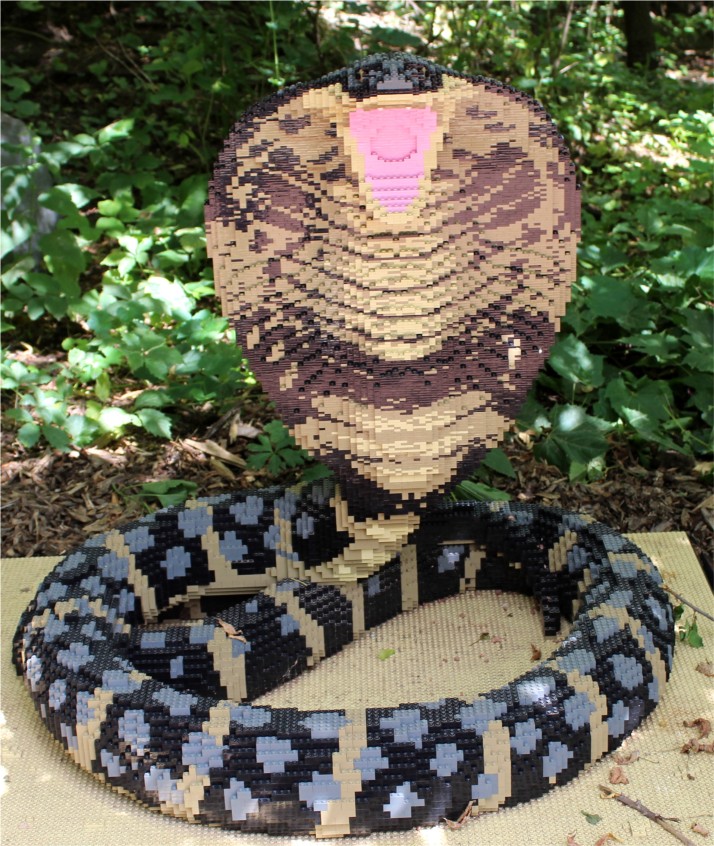 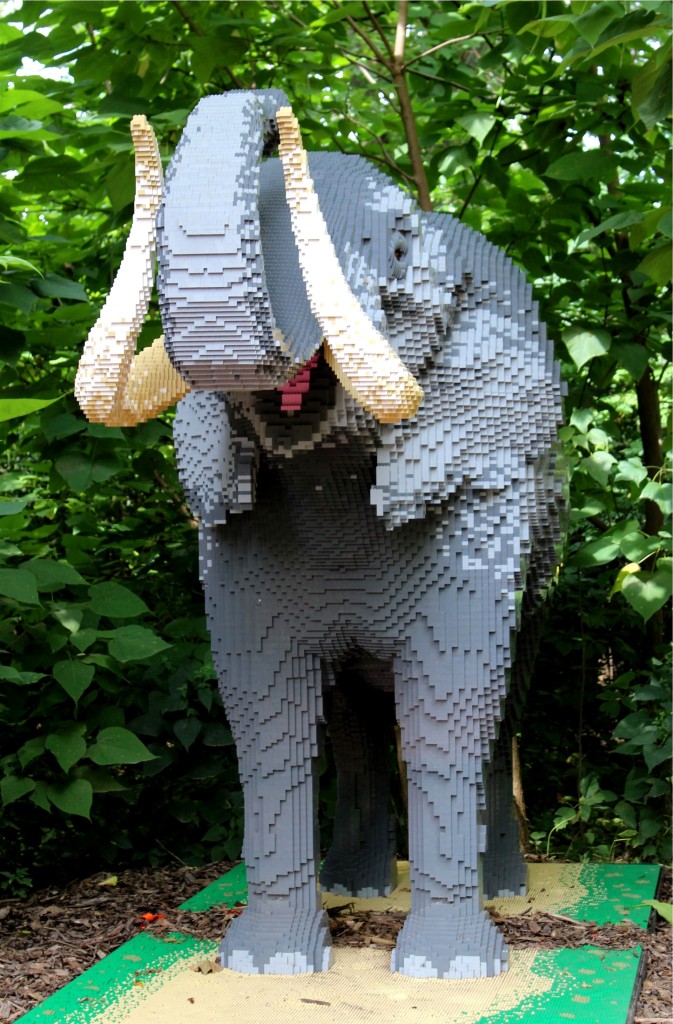 The grizzly bears were quite impressive, taking 136,569 bricks and 382 hours to build.  They looked quite at home in this woodland setting.

I’m not sure who worked on these amazing pieces but all I can say is, “Well done!”

This week, Ann-Christine has chosen Creativity as the subject for the Lens-Artists Photo Challenge. I hope to be making my usual Spring visit to the Morton Arboretum tomorrow to see the daffodils and magnolias in bloom, but one of the many things to love about the Arboretum is that, not only do we get to enjoy the trees, flowers and wildlife there, but also some amazing artwork and splendid displays of creativity. 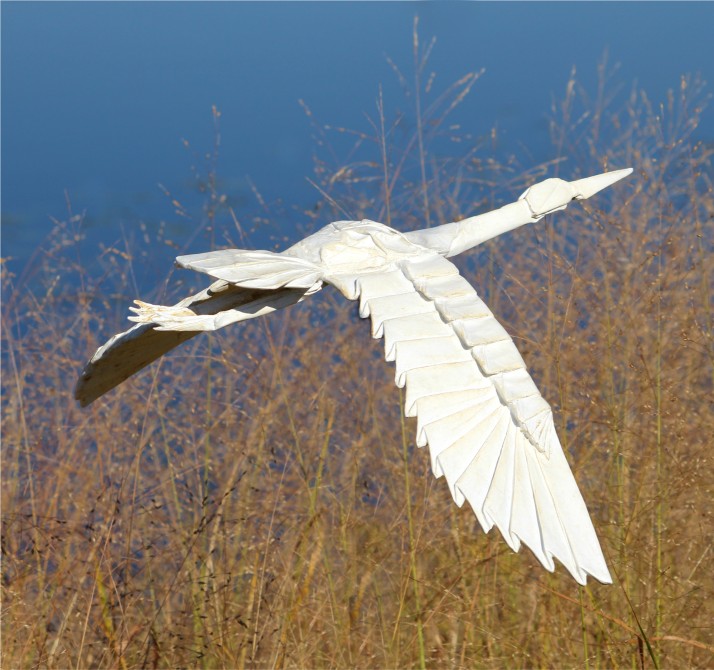 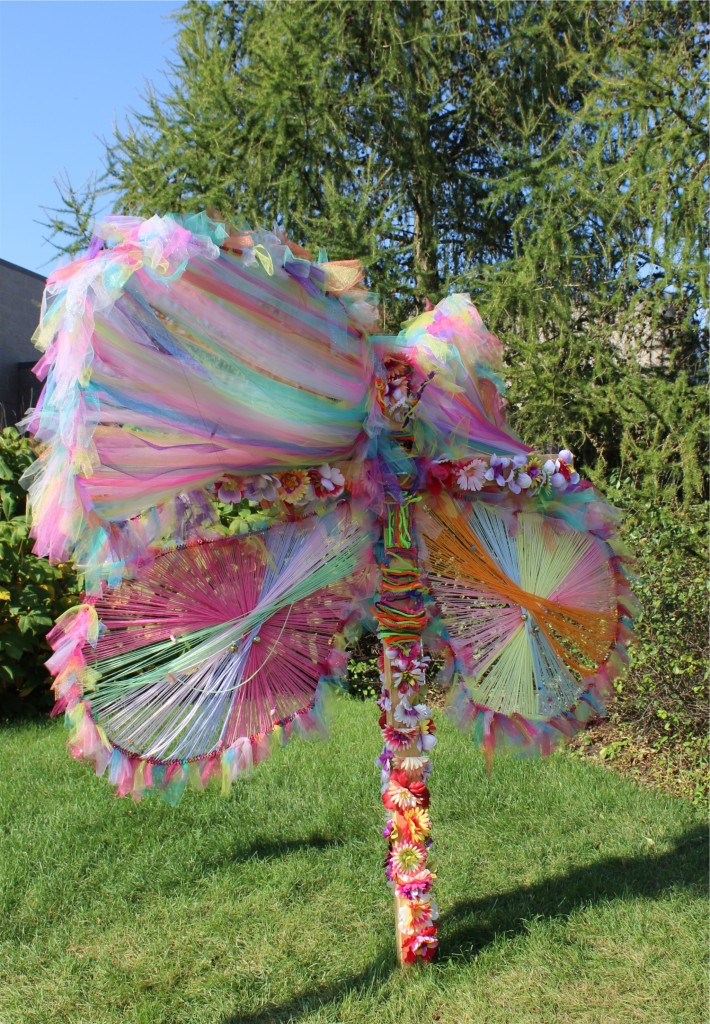 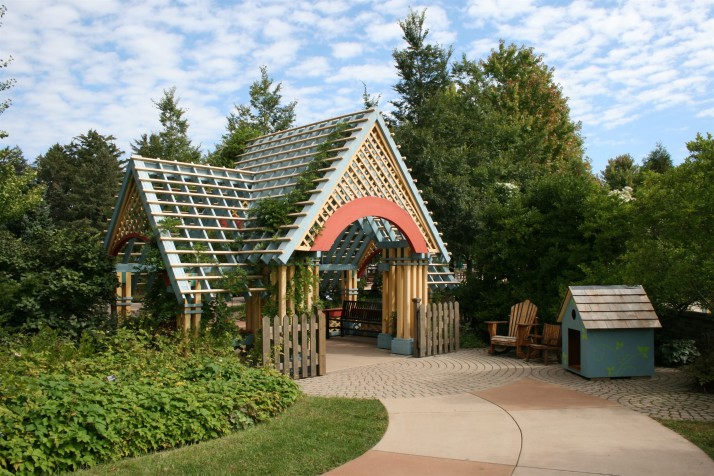 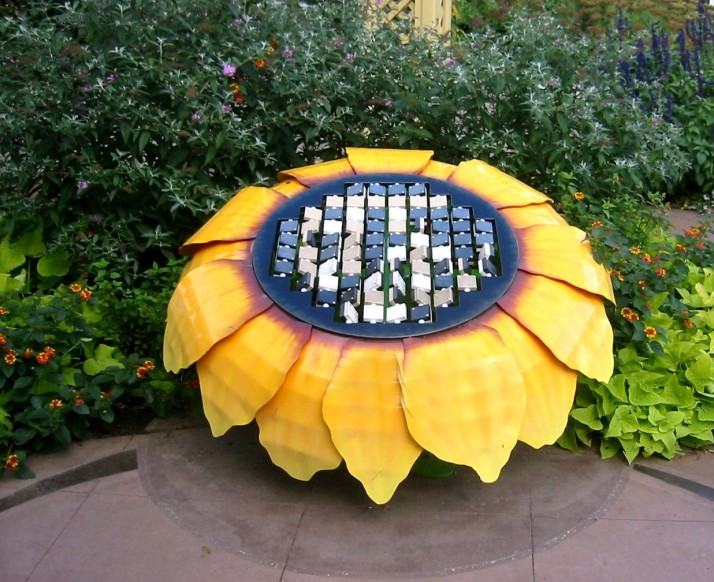 Going through the photo files looking for spiky, pointy or otherwise sharp and jagged objects for Becky’s Spiky Squares photo challenge, I came across a few from the Chicago Botanic Garden. 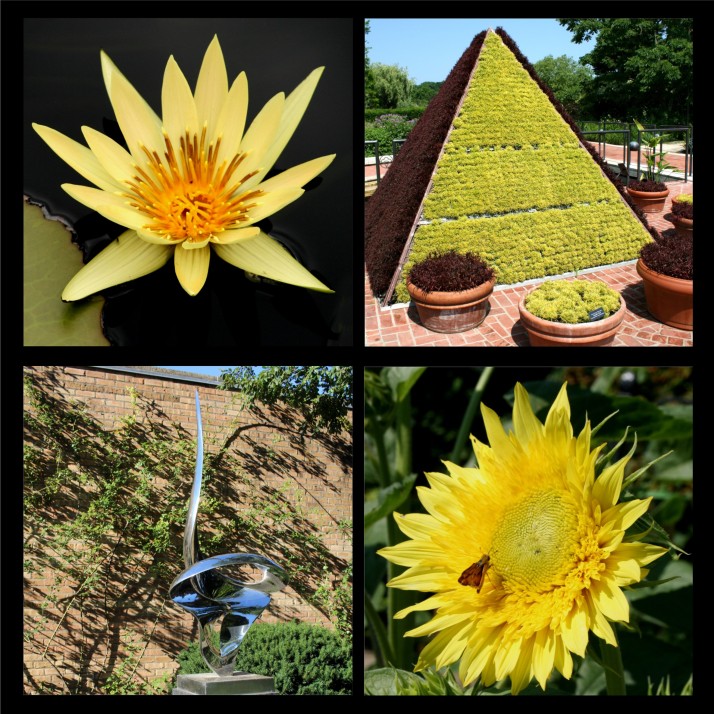 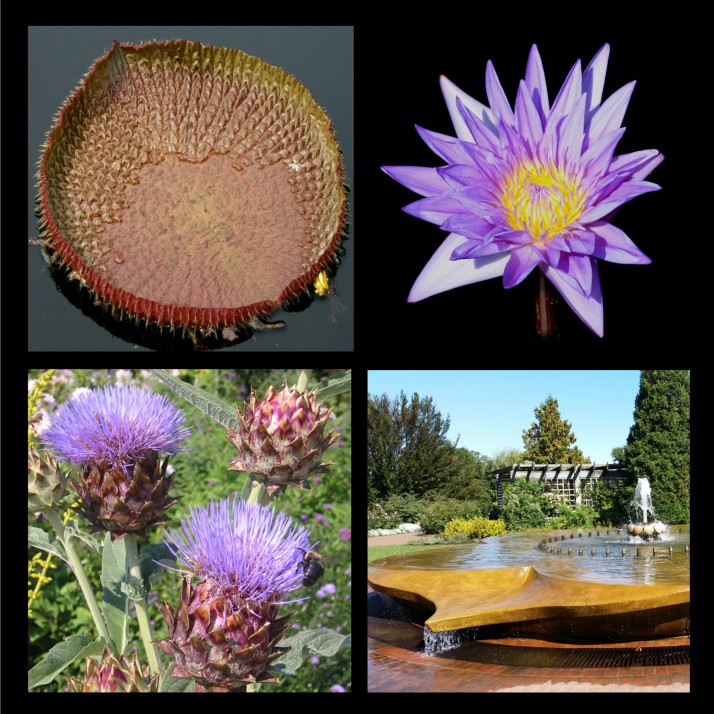 I’m currently in the midst of a lengthy and ultimately expensive dental procedure, so what does my husband get me for Valentine’s Day? A large chocolate bar liberally laced with chunks of toffee. He means well, bless him, and we must be doing something right. We’ve been married for just over 46 years!  Happy Valentine’s Day Everyone! 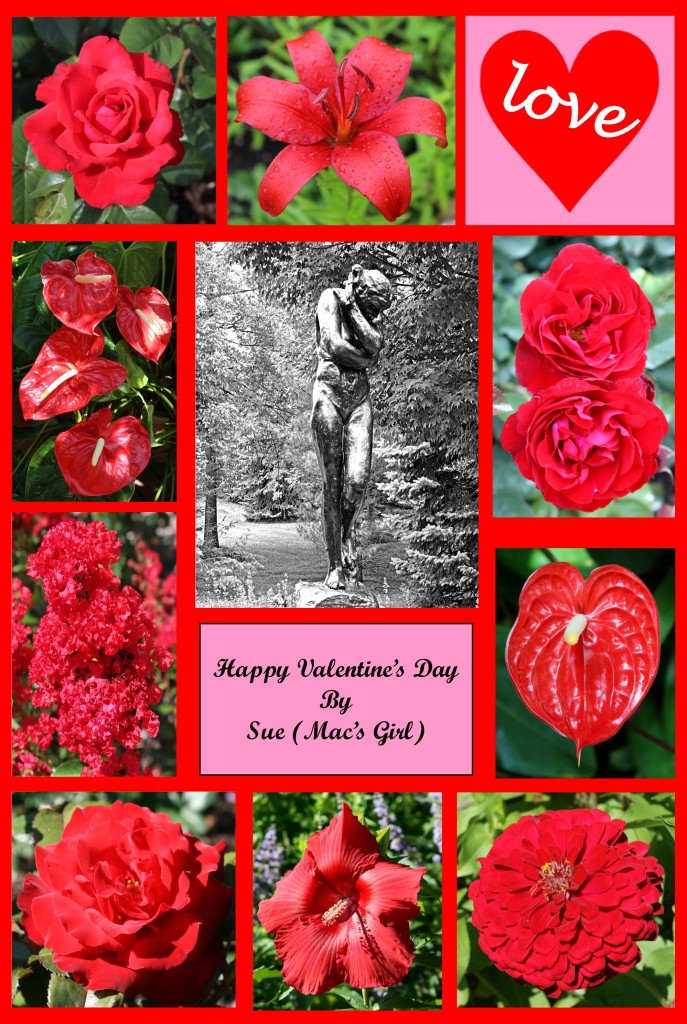 It was a gloriously warm, sunny day at the end of summer when we went in search of Trolls at the Morton Arboretum in Lisle. These trolls weren’t the nasty kind that invade the internet but the ones that hide in the woods. As you will see, we found six of them and saw some other interesting sights along the way.

It would appear that these trolls are not exactly friendly creatures as we soon realized when we came across this car crushed beneath a huge boulder. The perpetrator, a character named Rocky Bardur, was standing just a few yards away. 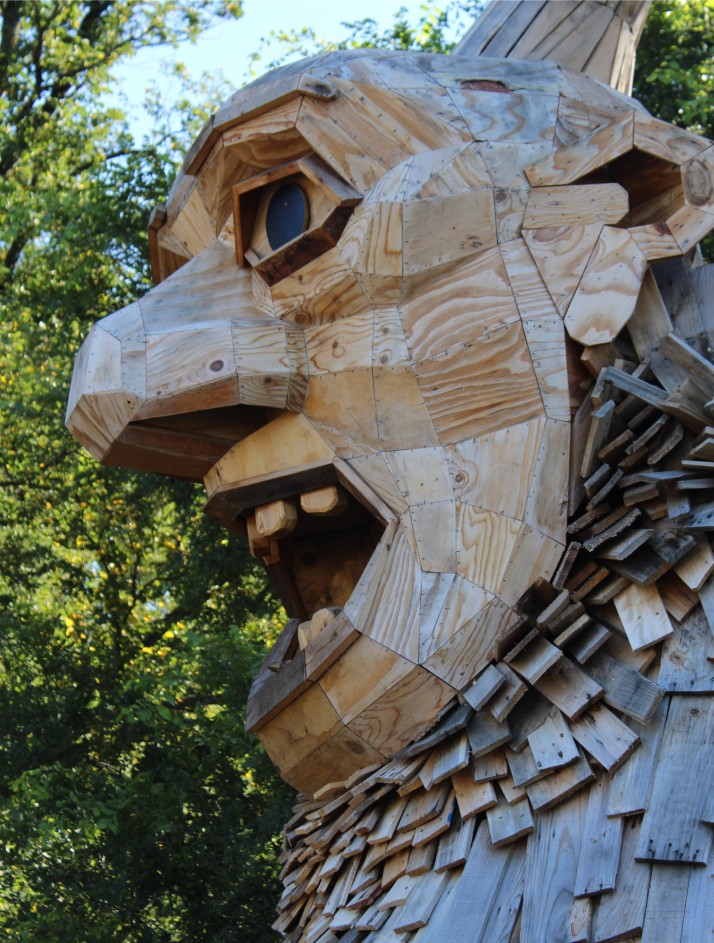 We came across a whole host of monarch butterflies among the flowers outside the visitor center after which we managed to creep up on troll number two, Sneaky Socks Alexa, who was waiting to spring a deadly trap. 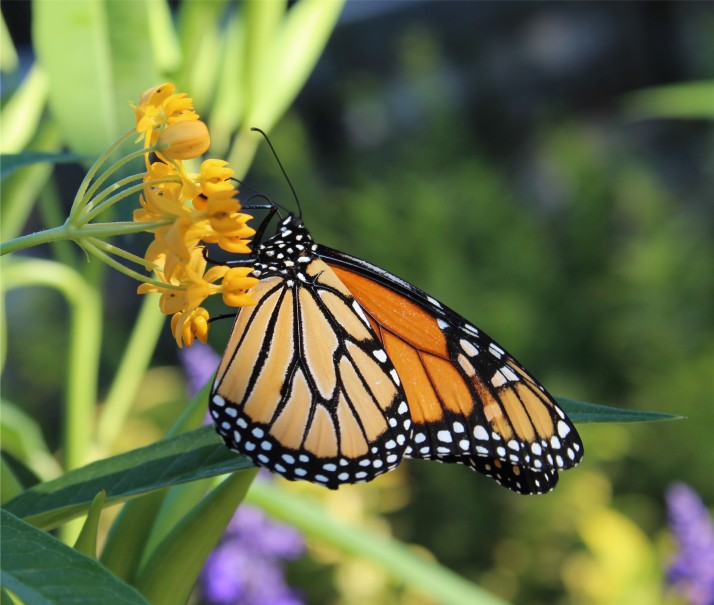 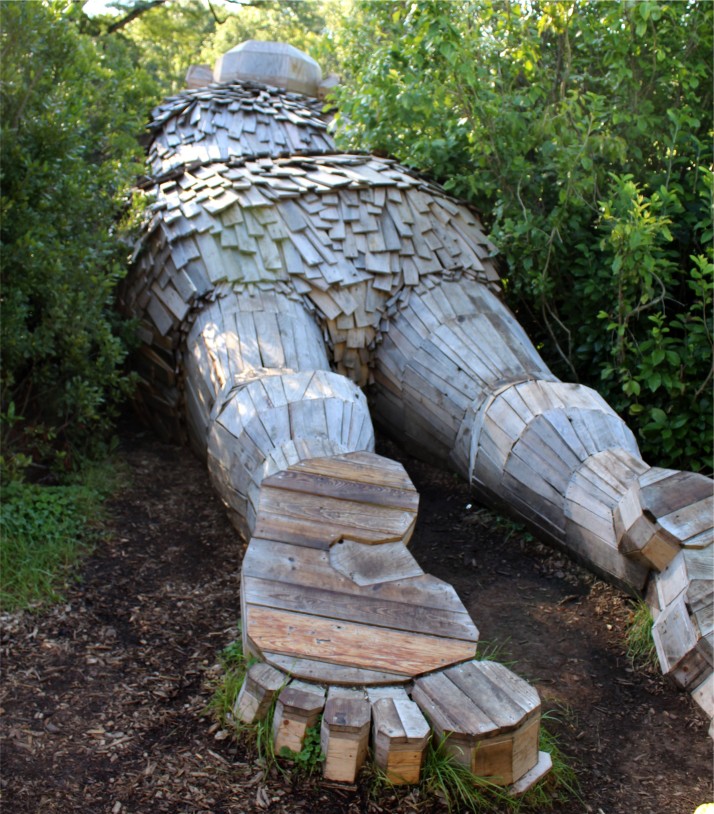 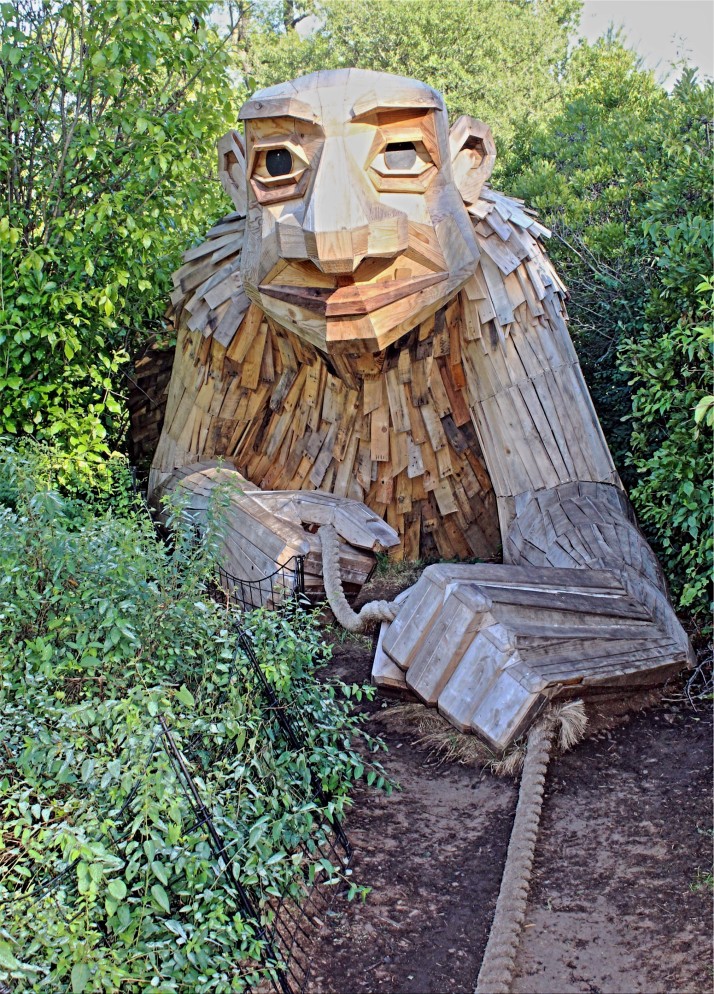 Further along the path, a heron seemed to be pointing the way to Joe the Guardian who was standing on a hill overlooking the expressway.

I must say that going on this Troll Hunt encouraged us to take paths that we have never trodden before, giving us the opportunity to see familiar scenes from a different perspective.

I’m not sure if troll number four found us or we found her. Furry Ema certainly looked like she was up to no good.

Walking across Daffodil Glade, we saw a tree that looked as though a troll had breathed on it. And it wasn’t too long before we came across number five, Niels Bragger, lurking in the woods. 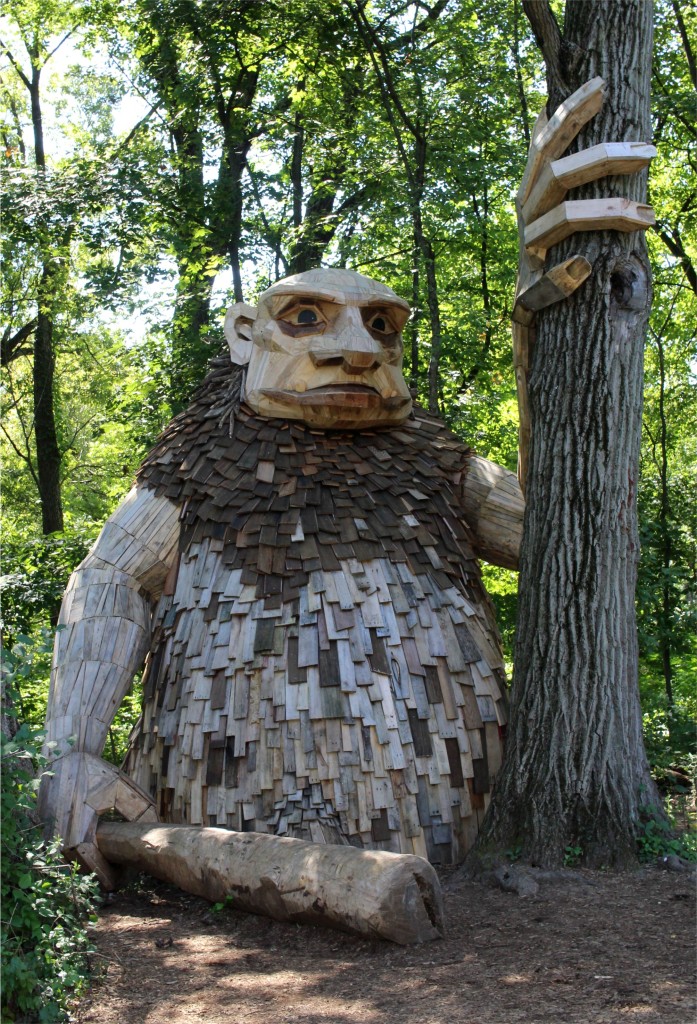 Little Arturs was easy to spot. He was taking a break in Bobolink Meadow. These 15 to 60 foot giants were created from recycled wood by Danish artist Thomas Dambo, and he has done a fantastic job!  The Arboretum hopes to keep them on display through to 2019 depending on how they weather. It will be interesting to see how they stand up to a Chicago-style winter..

Just in time, we were able to catch the last few days of this year’s sculpture exhibition, Origami in the Garden, at the Morton Arboretum last month. These beautiful metal sculptures, created by Kevin and Jennifer Box, are modelled after the art of Origami or paper folding and the Arboretum was the perfect backdrop for this amazing artwork. 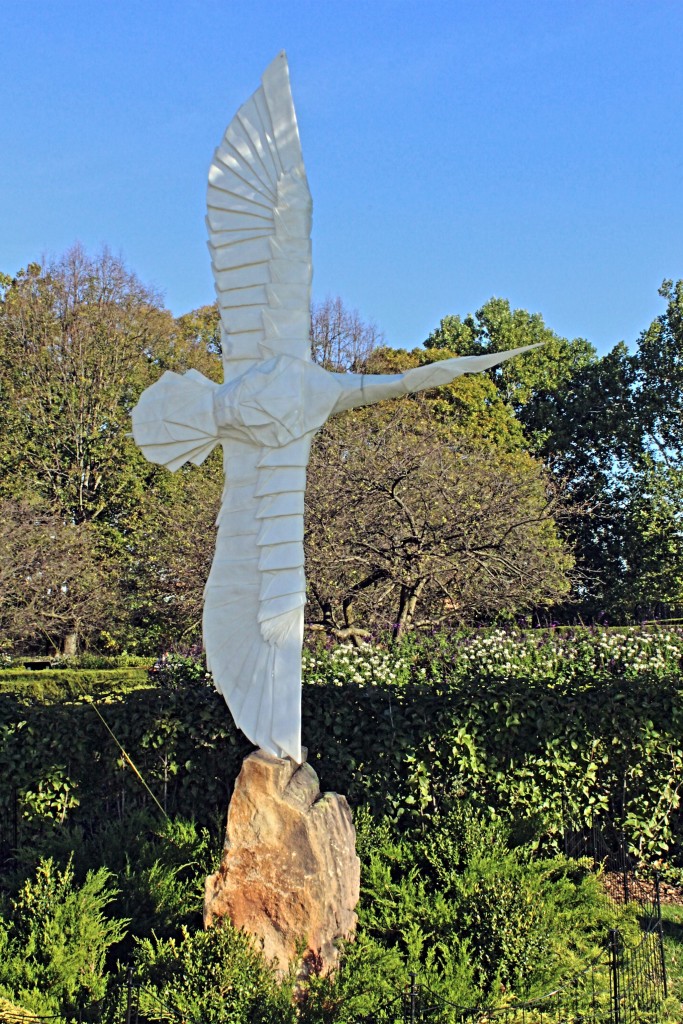 Not only did we get to enjoy the art but also some nice autumn scenery, even if the colors weren’t as vibrant this year. 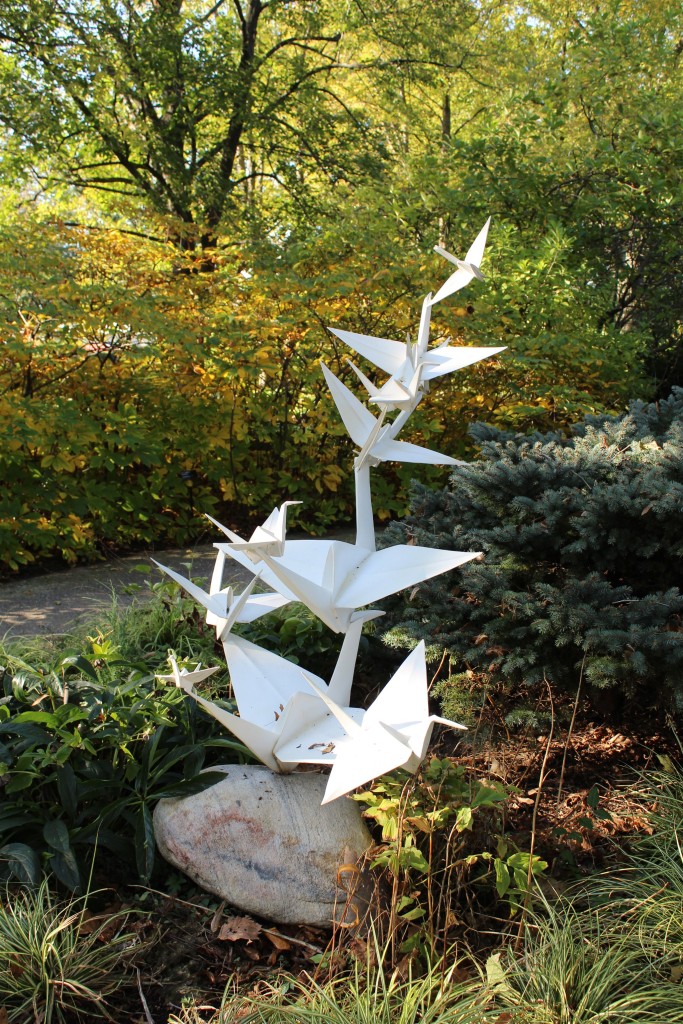 In order to replicate the Origami creations, each sculpture goes through a 35-step, 12-week process of casting in bronze, aluminum or steel. 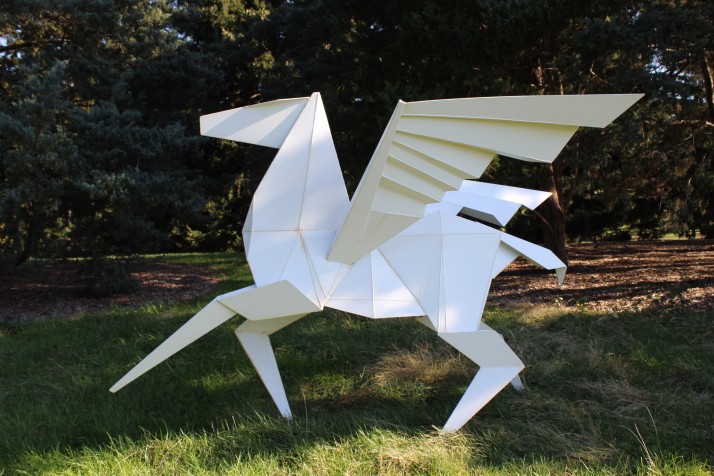 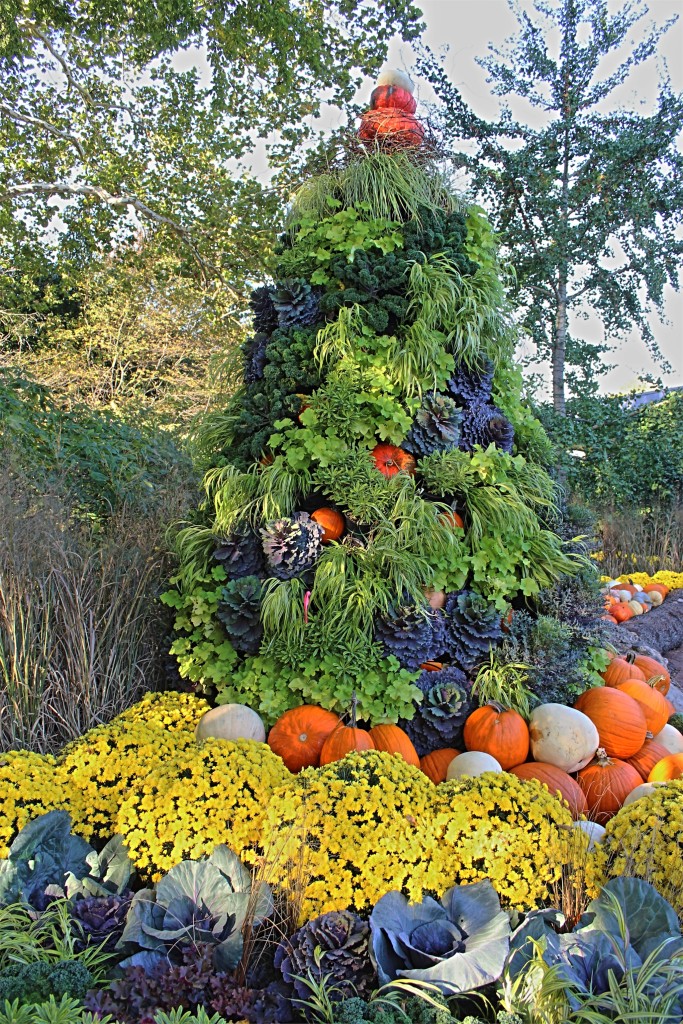 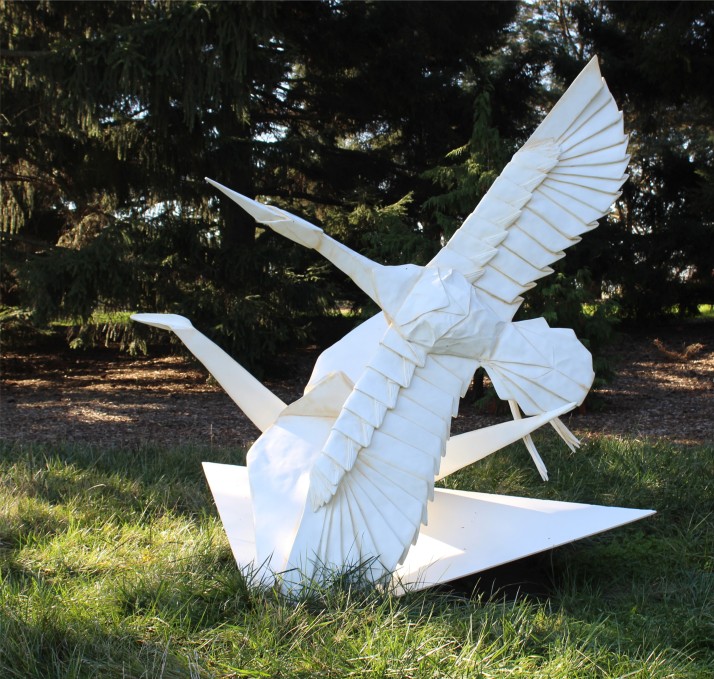 The turtles are real, but the raptor is another of Kevin Box’s clever creations.

This piece, entitled Double Happiness, shows a pair of nesting cranes which often appear in art as the symbol of companionship and happiness in marriage. 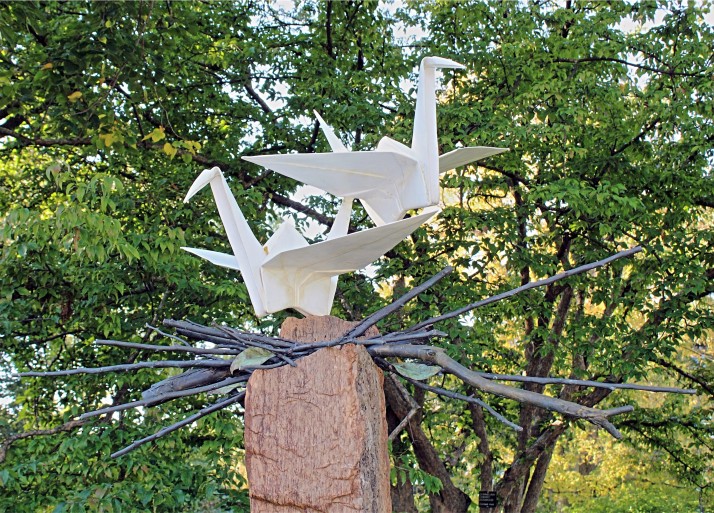 These intricately designed birds appear to be flying away from Meadow Lake. 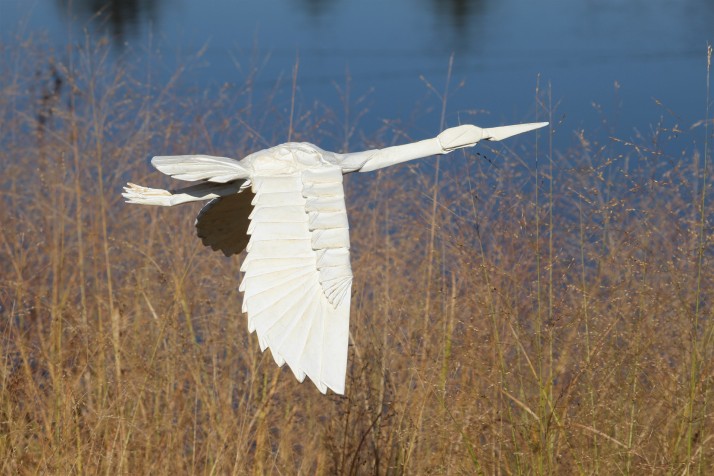 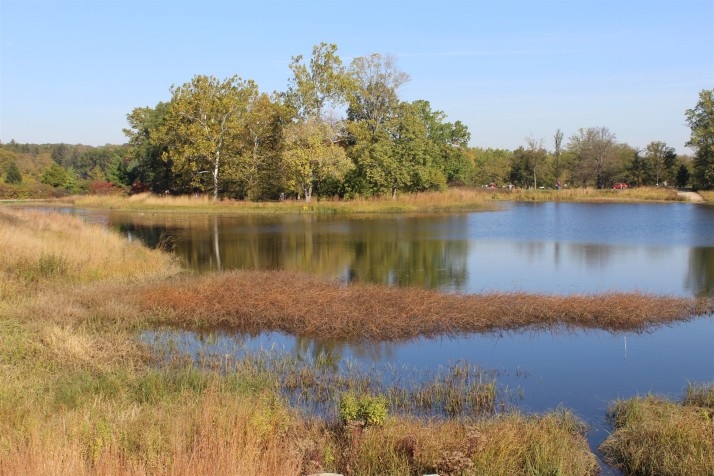 Exploring this beautiful country from our algarvian winter home

The Nature of Things
Create a free website or blog at WordPress.com.