This week, Amy is kicking off a month of seasons with Summer for the Lens-Artists Photo Challenge. What would summer be without a trip to the Chicago Botanic Garden.

In my own garden, summer means dragonflies, flowers and butterflies. Heavy rains and fierce winds knocked a lot of plants down yesterday, so I will be spending some time in the garden propping things back up. 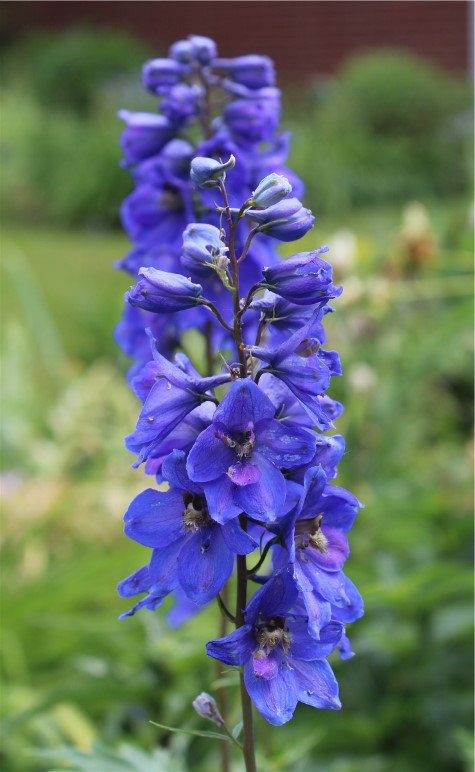 And finally, I had to include this scene, captured as we took an early evening boat ride around the lake on the 4th of July. It seemed so typical of a summer day with everyone, even the dogs, enjoying the sun and taking time to sit back and relax. 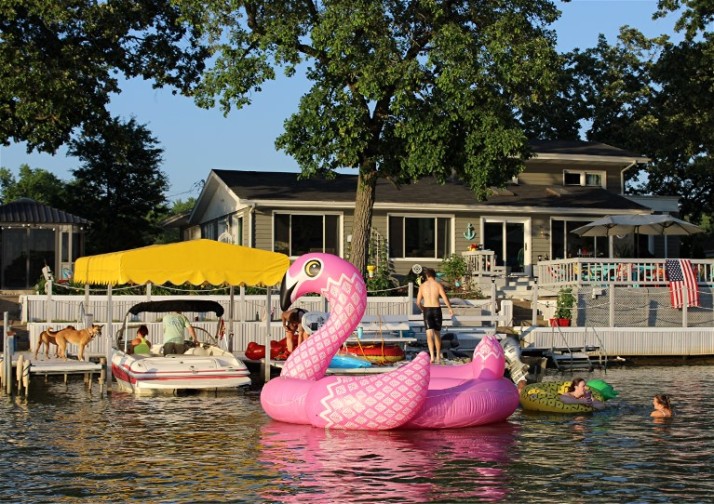 Last week I decided to take advantage of some slightly cooler weather to take a summer walk at Spring Valley Nature Center in Schaumburg.  Ever since they built the beautiful new children’s play area here the place is always busy and it’s good to see that parents are also walking further afield in order to introduce their families to the fascinating world of nature. And Spring Valley is just the place to do it.

As well as seeing all the flowers that are still blooming among the grasses on the prairie, I was interested to see this growth spiraling around the stems of some of the larger plants. I have no idea what it is even though I tried Googling it later with no success. If anyone has any suggestions I’d be glad to hear from you.  I don’t think I’ve ever seen anything like this before.

Meanwhile, over at the pond,  waterlily pads cover the surface of the water and the frogs take advantage of these comfy seats while a family of ducks look on from a slightly less comfy place on the shore. 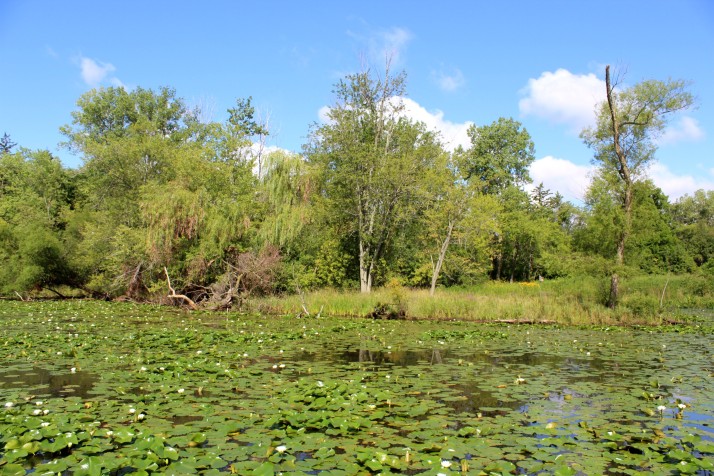 Also at the water’s edge are signs that a beaver has been at work, and when I say signs I mean literally as there is a notice nearby pointing out that beaver have been spotted at the lake.

I sit for a while along the woodland trail and watch chipmunks scurrying about finding food, and then, walking back down the path towards the parking lot, I see reminders that it won’t be too long before autumn is upon us once more. 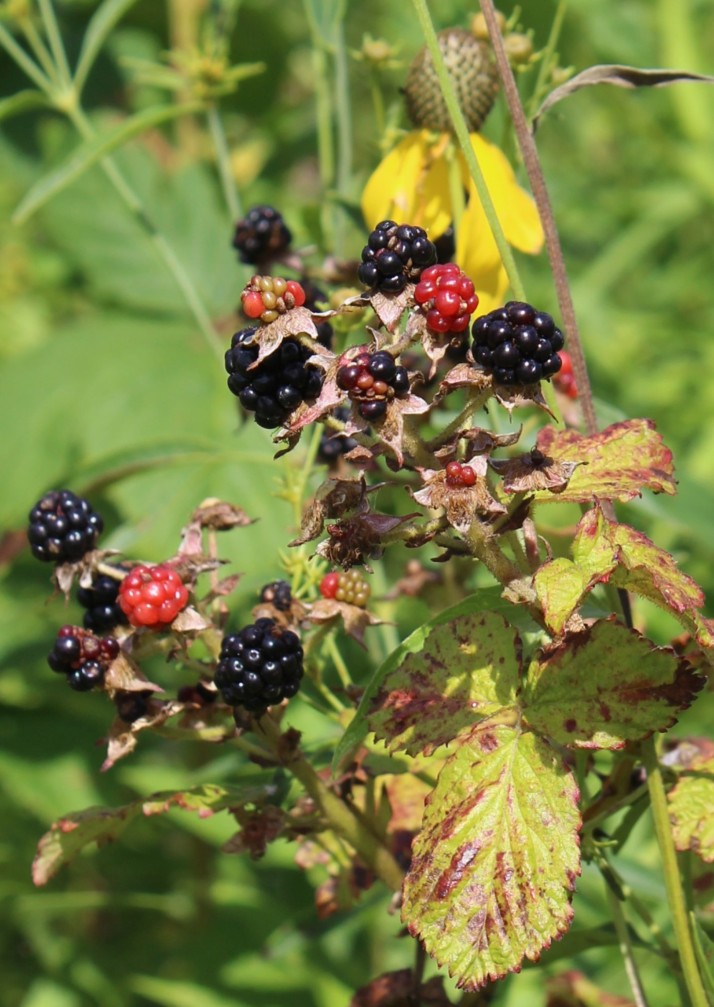 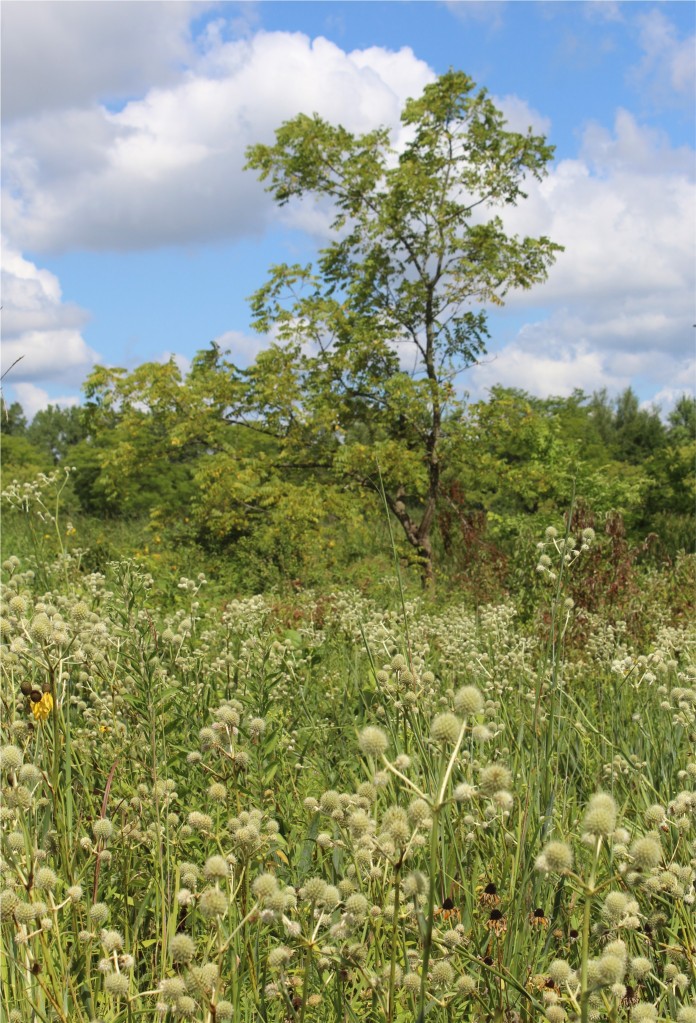 Part of the itinerary during our granddaughter’s visit a few weeks ago was a trip to Brookfield Zoo. I think the temperature was in the nineties so we didn’t stay long. Summer is never the best time to go to the zoo.  I don’t know who was feeling the more lethargic, us or the animals.  We didn’t get to see everything this time but you can bet that I will be making the most of my senior membership later on this year when the weather cools off a bit. 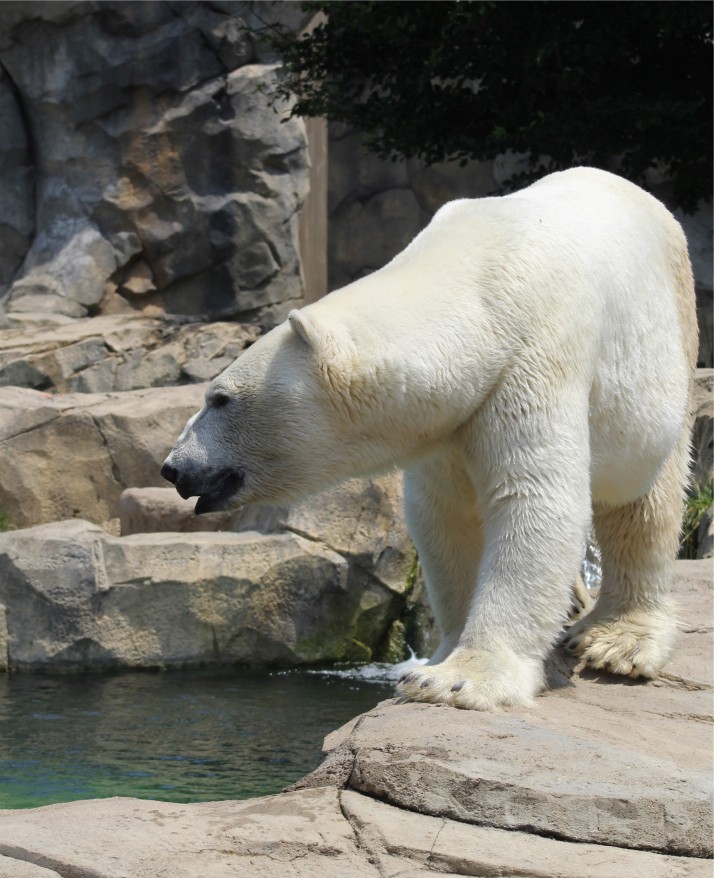 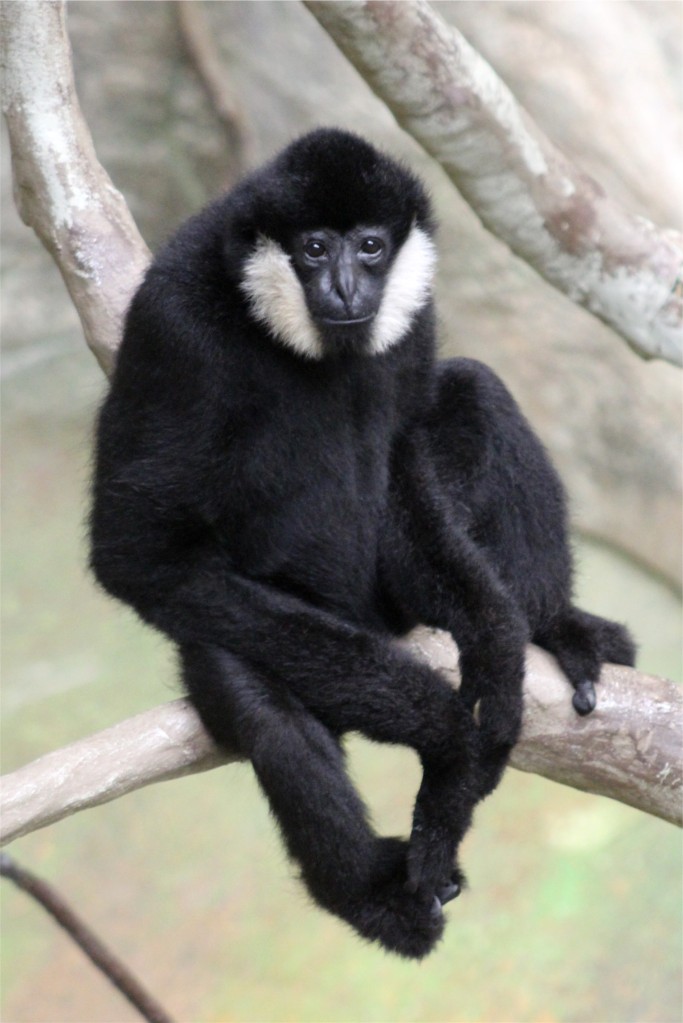 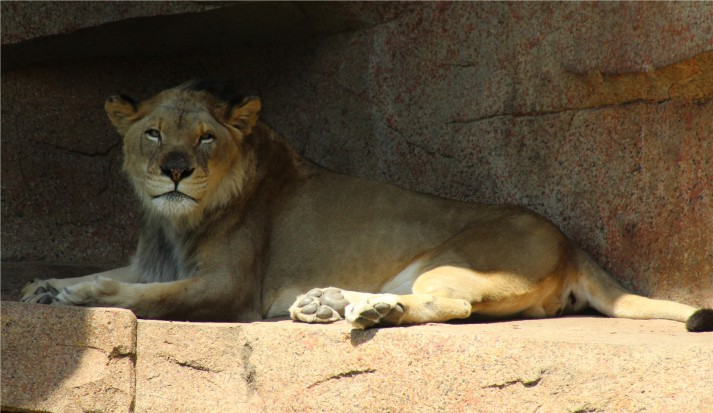 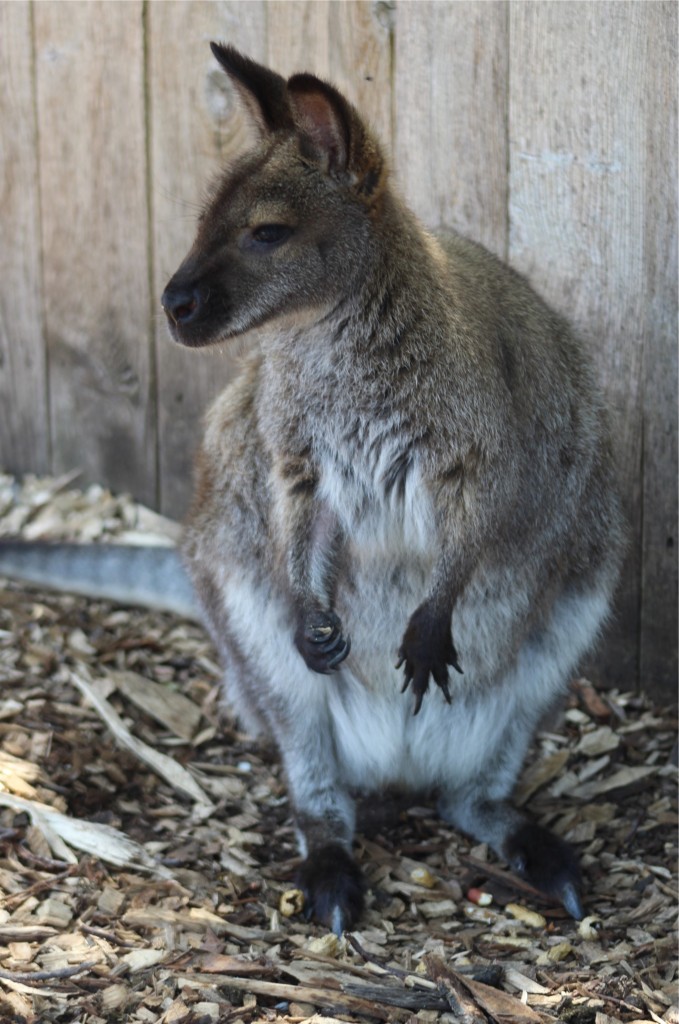 Summer wouldn’t be complete without at least one day at the races at Arlington Park.  Our granddaughter loves animals and especially horses so Arlington was high on our list of things to do during her visit.

I will say this, however, that a trip to Arlington may, on the face of it, seem like a cheap day out – parking is free and entrance to the Park is reasonable on certain days – but once inside, beware.  Apart from the obvious temptation to have a bit of a flutter on the gee-gees, the price of food and beverages is ridiculously high! I could have bought a decent bottle of wine for the cost of a small bottle of water and a thrifty shopper could have fed themselves for a week on what I shelled out for ice cream (the first thing the kids ask for when we go somewhere like this.)

Still, the high price of feeding and watering the troops was well worth it, just to see these beautiful creatures step daintily past as they made their way out of the paddock, hopefully with the winning jockey on board. 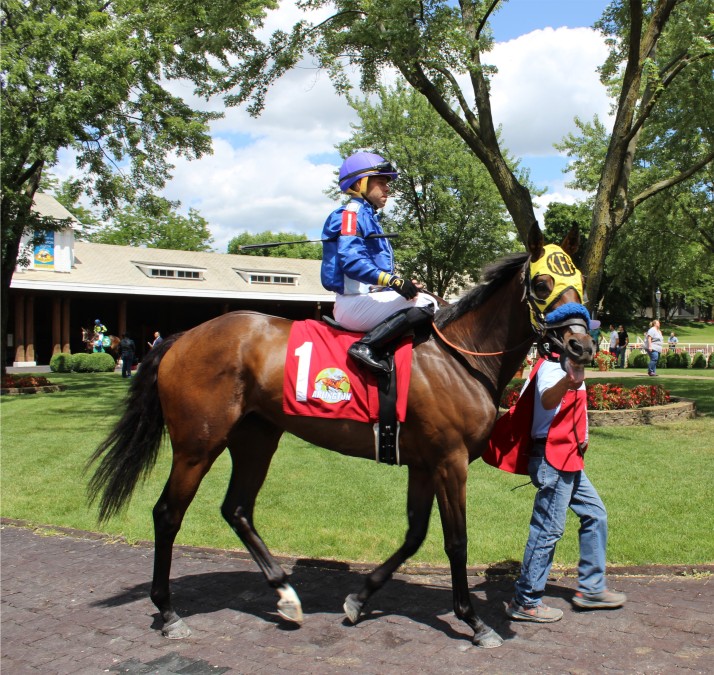 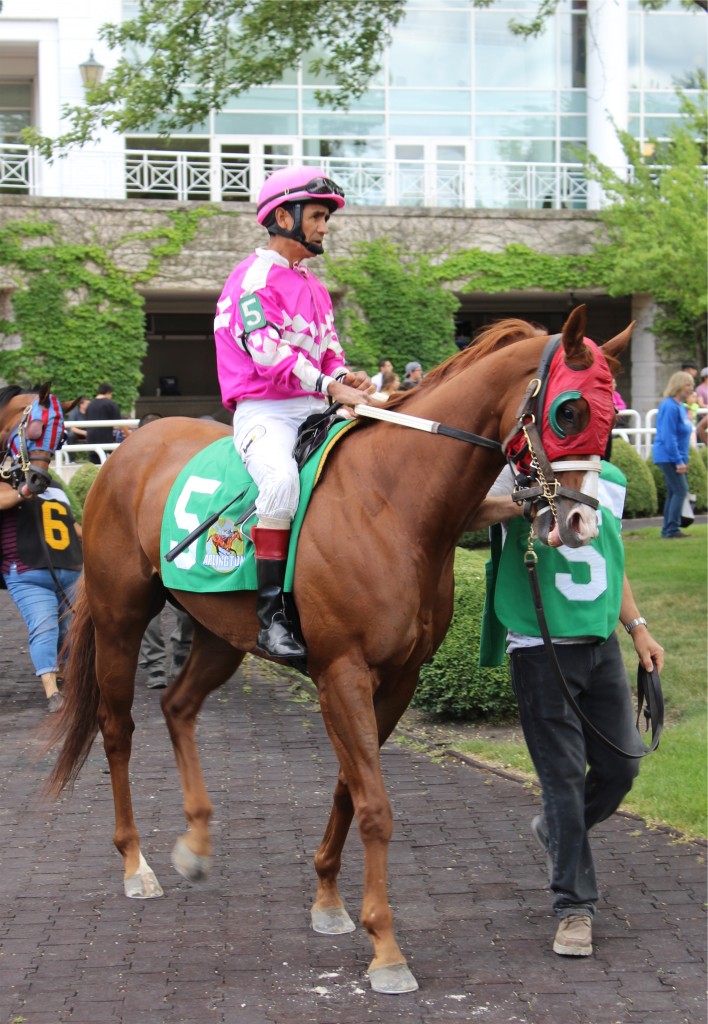 The horses aren’t the only things racing about at the track.  There isn’t an awful lot of time in between each race so we must decide which horse we like according to name, color of the jockey’s silks or the even more scientific method of sticking a pin in the list of runners, then run up the steps to place a small wager, out again and down the steps to view the horses in the paddock to make sure our choice is still alive and kicking, then back up again so we can go down to the rails to cheer the winner home. It’s quite exhausting! 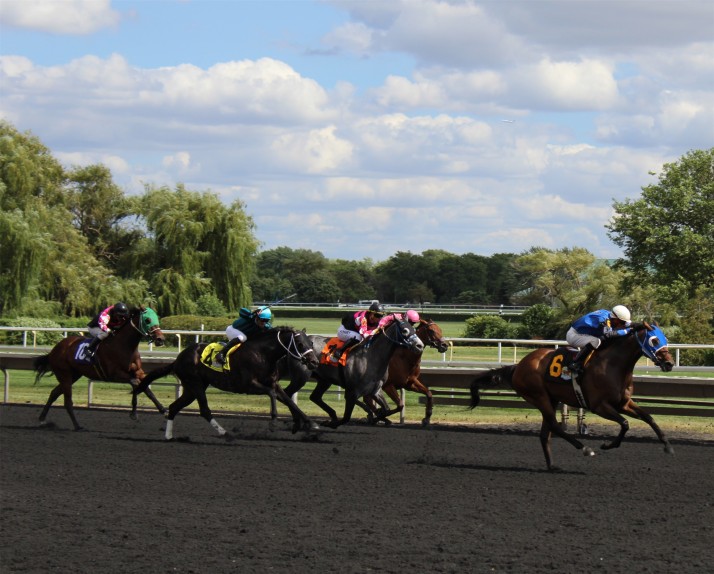 Things usually go very smoothly at Arlington.  I’m always impressed by how efficiently everyone does their job, from the stable lads and the people who maintain the track to the person who plays the bugle (or is it trumpet?) before each race.

We did quite well that day. Three winners out of seven races which, for us, is about par for the course. And the pleasure we got from seeing our granddaughter meeting one of the horses face to face so to speak, rounded out our trip to the races very nicely.

We recently hosted two of our grandchildren for a visit during their summer vacation and the first place our granddaughter wanted to go to was Brookfield Zoo. We’re always happy to put our membership to good use, so off we went.  The zoo covers a large area, some 216 acres, so there was plenty of walking involved, with lots to see and do.

The giraffes, largest animals in the ‘Habitat Africa! The Savannah’ exhibit, are always a favorite. The last time we were here we caught one of them in a scuffle with a pair of geese. Things were more peaceful this time. I’m always fascinated by the way these graceful creatures deal with the advantages and disadvantages of their height. 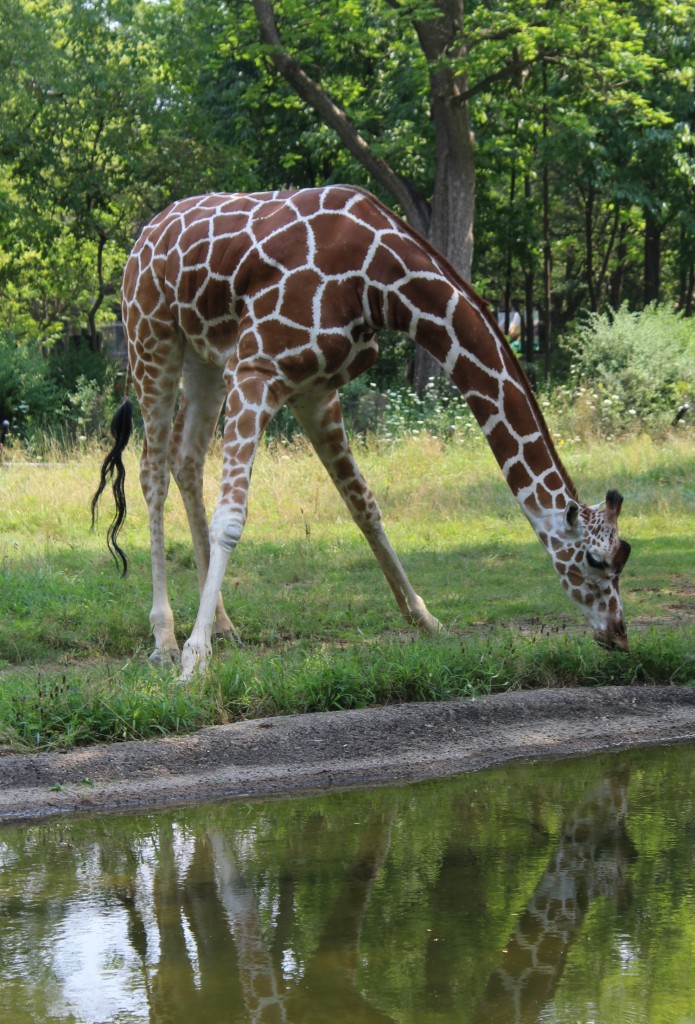 The featured attraction at the zoo this summer is the ‘Amazing Arachnids’ exhibit.  Display cases housed in a large tent hold a wide variety of these scary spiders most of them well hidden from view. Only the larger ones were easy to spot, if you could get near enough to get a look in.  The zoo is especially busy just now and a certain amount of patience is required if you want to see these creepy-crawlies up close.

The bears, meanwhile, were snoozin’ and cruisin’ in the summer sun, which was kind of surprising given how hot it was. You would think that they’d be favoring the shady areas (like the rest of us) with those thick fur coats they’re wearing but that didn’t prove to be the case. 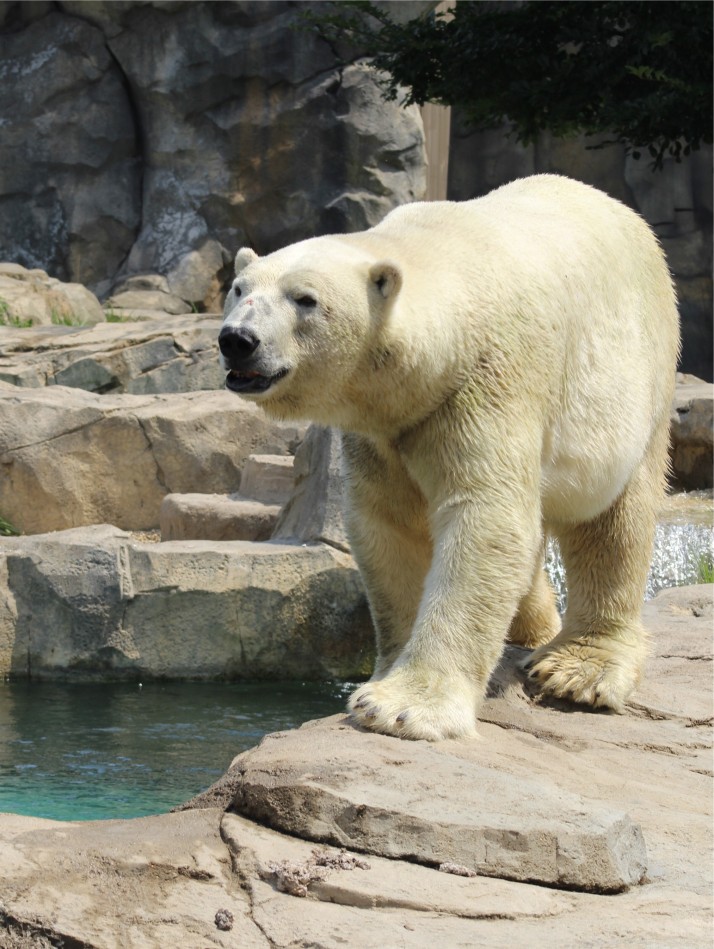 When the ‘Tropic World’ exhibit opened in the 1980s it was, at that time, the largest indoor zoo exhibit in the world. It’s still a popular feature at Brookfield especially when there are young Western Lowland Gorillas getting up to all kinds of antics. 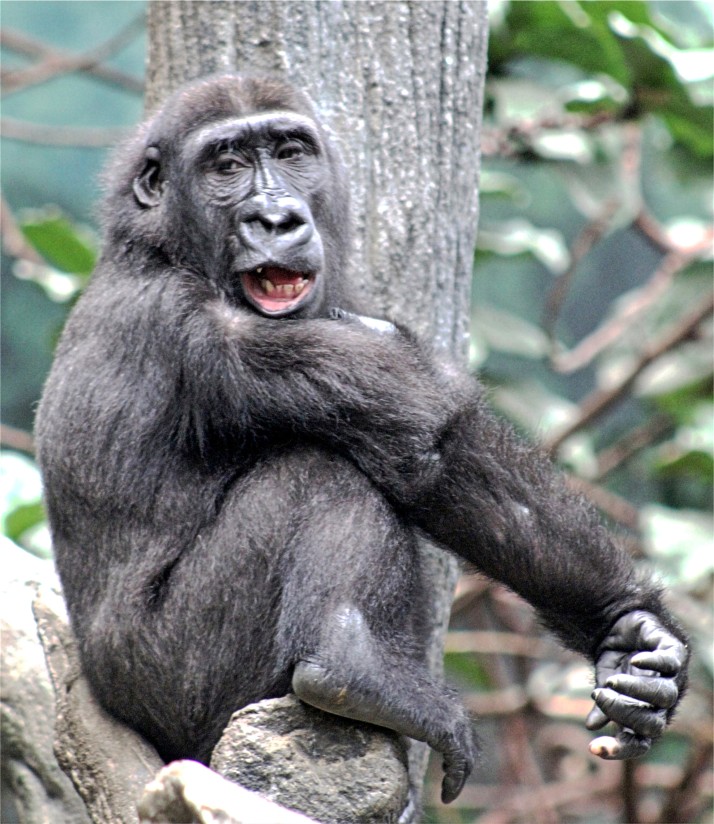 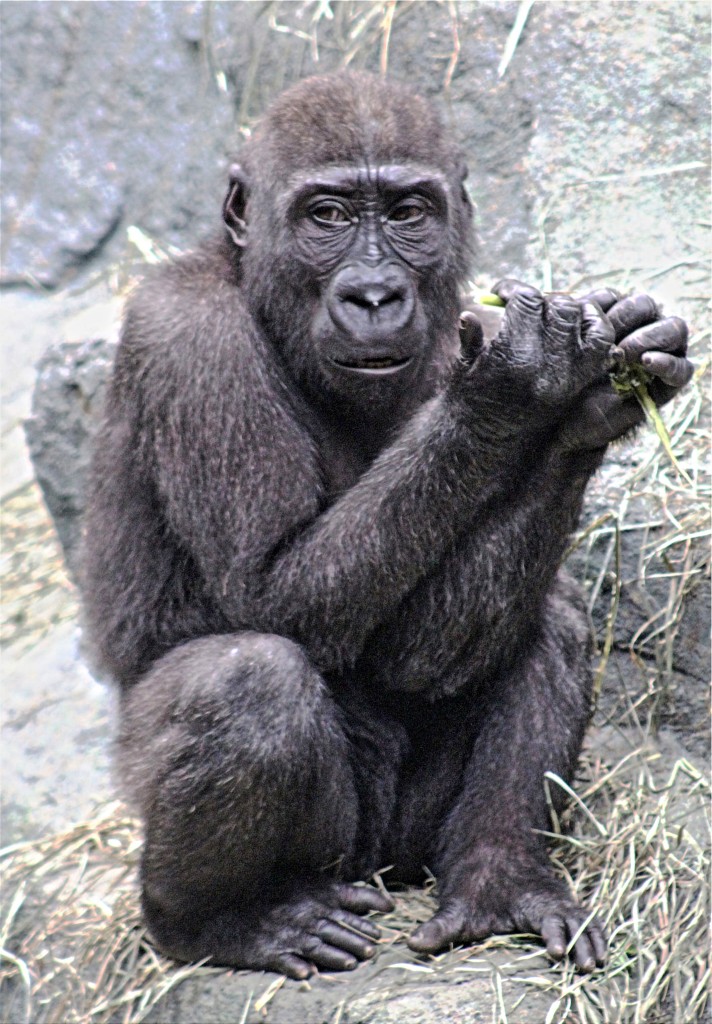 Large birds were much in evidence in all areas of the zoo, including a penguin that wasn’t the least bit camera shy, a couple of pelicans taking it easy by the Formal Pool, an emu that we got to meet up close and personal at the Hamill Family Wild Encounters exhibit, an eagle that appeared to have discovered something interesting in the undergrowth of its enclosure and a peacock that was just showing off in all directions.

After spending many hours walking around the zoo, our pace had slowed down to that of this tortoise so we figured it was about time to call it a day.

The blog for Chicago Connoisseurs

Where observation and imagination meet nature in poetry.

The Joy of Slow Travel